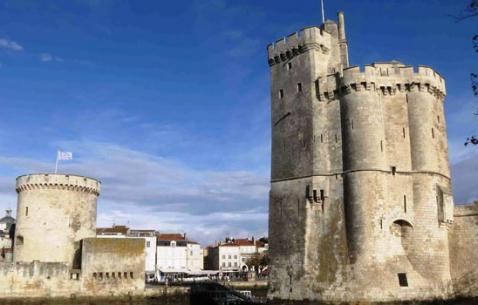 La Rochelle (French pronunciation: ​[la ʁɔ.ʃɛl]) is a city in southwestern France and a seaport on the Bay of Biscay, a part of the Atlantic Ocean. It is the capital of the Charente-Maritime department. The city is connected to the Île de Ré by a 2.9-kilometre (1.8-mile) bridge completed on 19 May 1988. Its harbour opens into a protected strait, the Pertuis d'Antioche.

La Rochelle is a city located in Western France. It is basically a sea port situated on the Bay of Biscay in Atlantic Ocean. It is also known as the “City of saints” because of the nearby locality Saintonage. This place was named after Santones who resided here way back into the history.

Plan Your Trip To La Rochelle

The best tours and activities in the city, guided by experts to give you a local insight to the best of La Rochelle