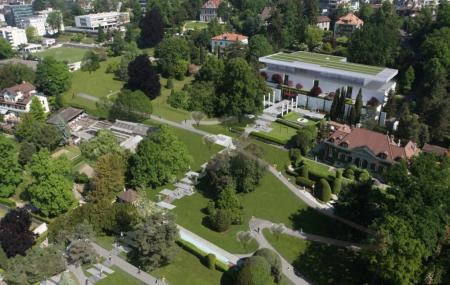 The only place in the world to geek out on the Olympic Games. A quarter million annual visitors, a location right next to the OIC HQ, 10000 items on exhibit (making it the largest Olympic exhibit, not to mention the 87000 items in total) spread out over 3000 square metres, and spanning 2000+ years of Olympic history –this is the real deal. The museum makes fantastic use of multimedia that includes an HD 3D theatre that replays defining moments from Olympic history. The media collection also includes 430,000 photos, 17,500 hours of film footage, and 18,000 books in the Olympic Studies Centre.

And if geeking out wasn’t enough, how do a terrific rooftop restaurant, and a park filled with spectacular sculptures (you can picnic here) grab you? Renovations that were completed in 2013 have only made the place better.

How to Reach Olympic Museum Lausanne

Love this? Explore the entire list of places to visit in Lausanne before you plan your trip.

Fancy a good night's sleep after a tiring day? Check out where to stay in Lausanne and book an accommodation of your choice.

88.4% of people prefer to travel by car while visiting Olympic Museum Lausanne