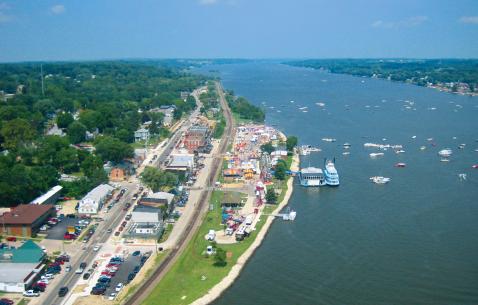 The city is named after Antoine LeClaire who was a Métis trader of First Nations-French Canadian descent who originally owned the land that Le Claire is built on. Although the city's official name is “Le Claire” it is often spelt as “LeClaire” and sometimes is also called “LeClare” amongst locals. The town came into existence in the year 1855, previously frequented by Europeans and Americans since the 1830s.

Le Claire is known the maximum as the site of television series American Pickers which is aired by the History Channel and is also home to Antique Archeology. Mike Wolfe the creator of the show American Pickers also belongs to this town.  The antiques store is also featured on the show. It is also known as the birthplace of William Frederick Cody who is famous as Buffalo Bill Cody.

When you are visiting Iowa, you must take a detour to Le Claire for the simplicity that it can offer to you!

Essential travel information and Le Claire tips for your visit