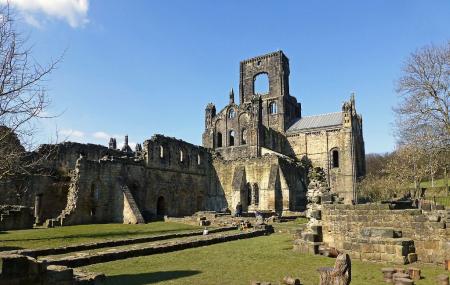 Set in beautiful parkland situated along the banks of the River Aire, the Kirkstall Abbey is an example of a medieval Cistercian abbey in Britain. Restoring its historic architecture, the abbey also displays nature through its wildlife and greenery. The abbey was founded by Henry de Lacy, baron of Pontefract, who was one of the leading landholders in the North. If you look at the abbey’s coat of arms inside, it is actually based on those of the Peitivin family, who gave the monks the site at Kirkstall. Following the tradition, the abbey was the central site around which the community developed.

There is also a visitor centre which will tell you more about the lives of the 12th century monks and will show you the touch table, a unique catalogue of images of the abbey from the 18th century to the present day. There are also family activities and trails that run throughout the year in the parkland of abbey. You can check with the website or the visitor centre to know about their schedule.

You can also enjoy a leisurely stroll around the grounds or along the river.

How to Reach Kirkstall Abbey

Love this? Explore the entire list of places to visit in Leeds before you plan your trip.

Fancy a good night's sleep after a tiring day? Check out where to stay in Leeds and book an accommodation of your choice.