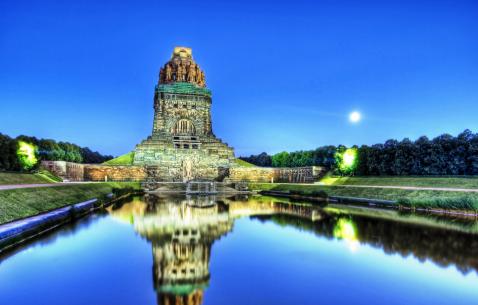 With a deeply embedded tradition and culture of music, Leipzig attracts a number of tourists every year to its historic vicinity. Featuring as “the little Paris” in literature, the city never ceases to inspire the people who come here in search of history, commerce and entertainment. The city still seduces with the music that finds its way through the oldest and finest boys choirs (the 800-year-old Thomanerchor).Housing one of the oldest universities in the world, Leipzig has its own share in the intellectual culture of Europe. It is also known as “the city of Heroes” owing to its role in peaceful revolution of 1989, an act which led to the fall of the Berlin Wall thereby uniting East with the West Germany.

Also a centre of commerce since time immemorial, the city still houses a large number of trade fairgrounds and exhibition halls which are known as the Leipzig Messe and are located in north of the city. As you enter this area you shall see the historical buildings which were constructed by merchants that add to the city’s unique system of arcades and courtyards.

If you want to immerse in the city’s rhythm of music, follow its new tourist trail called Leipziger Notenspur which links key sites in the city's musical history.

Essential travel information and Leipzig tips for your visit

Plan Your Trip To Leipzig

The best tours and activities in the city, guided by experts to give you a local insight to the best of Leipzig