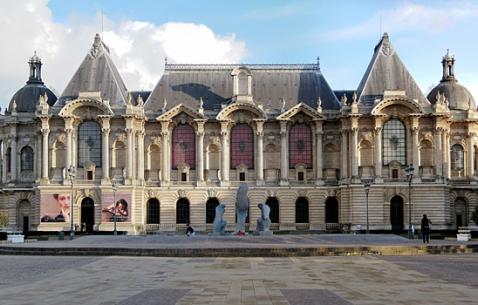 Lille is horribly under rated for a city with so much to offer. Beautiful architecture, pretty cobblestone roads, a thriving student population; it’s hard to go wrong with these elements. The town is at it’s best on Sundays when the citizens fill up the streets for the market. The many pedestrian streets offer up many stalls and boutiques. Hundreds of tiny patisseries offer up chocolates, cakes and waffles for the best sweet tooth soothe ever! And in all this atmosphere, remember to take in all the museums and the palaces.

Archeo digs have shown that the land around Lille might have been settled as early as 2000 B.C. The name literally means “The Island”, which seems to match evidence that the lands were once quite marshy. Gauls were it’s first inhabitants, then Vikings. 12th century onwards, it’s increasingly famous cloth fair put the city on the map rather prominently. After a bout of plague and influx of Protestants in the 16th century, the French assumed control in the 17th, and the Dutch in the 18th – for only five years, before reverting to French. The Germans occupied it for the large part of WWI and WWII, and the British freed the city both times.

Today, Lille’s main tourist attractions revolve around the architecture the city inherited from its mixed past. The city is one of France’s major metropolitan areas and yet retains much of its old charm – this is especially evident in its thrice a week open market, the Marché de Wazemme, its cobblestone roads and historic row houses. A classic European city, Lille’s bustling student population also makes it a cultural hotspot.

Essential travel information and Lille tips for your visit

The best tours and activities in the city, guided by experts to give you a local insight to the best of Lille