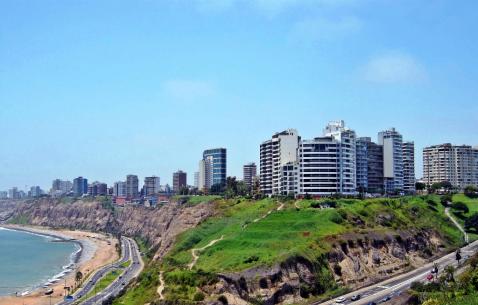 Lima is the largest city of Peru and also its capital. It is located on the Pacific coast. A whopping 10 million people reside in Lima making it Peru’s most populous metropolitan area.

The city of Lima has a unique and rich history. The most famous residents of Lima were the Incas who lived there during the pre-Columbian era (referred to as the period before Christopher Columbus’s voyages of 1492). The Incan empire was the largest empire in America before the 1500s. The empire arose in the 13th century and its last stronghold was defeated by the Spanish in 1572. Major parts of Ecuador, Bolivia, Chile, Argentina, Columbia and of course Peru came under the Incan empire. Power was wrenched from the Incans when Spanish conquistador Francisco Pizarro defeated the Inca ruler Atahualpa. The empire was taken over and consequently, Lima was founded in 1535.

Lima’s geography is as interesting as its history. From mountains, valleys, to hills, beaches, and dunes—it’s got everything. Lima also holds the distinction of being the second largest desert city. Cairo, Egypt takes first place here. Its history and unique topography has given quite a boost to Lima’s tourism industry. A great place to visit if you’re a fan of solo travel. Lima is also the industrial and financial hub of Peru. Two-thirds of industrial production also comes from the city.

Its history will entice you; its unique gastronomy will delight you. Its many hues and views will steal your heart. Here is your travel guide to this enchanting, seductive city. It’s time to plan your itineraries and head there!

Essential travel information and Lima tips for your visit

Plan Your Trip To Lima

The best tours and activities in the city, guided by experts to give you a local insight to the best of Lima