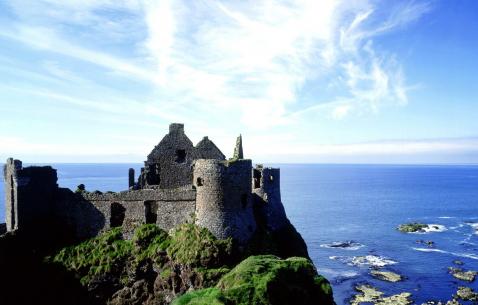 Located above the Shannon River, Limerick’s historic roots run deep at the King’s Island. The city lies at the head of the Shannon Estuary where the river joins the Atlantic Ocean. A big part of Ireland’s culture and international festivals are held in Limerick and the city is the first to be named ‘The National City of Culture’ in the country. Situated close to the ocean, Limerick is a part of the Wild Atlantic Way Trail.

Limerick has an intrinsically iconic history with its Viking legends and establishments seen in monuments, settlements and their complementing stories. The city dates back to 812 AD. However, presence of earlier settlements in the area surrounding King's Island is well heard of. The earliest map of Ireland was made by antiquity's premier map maker- Ptolemy in 150 AD. The map showed a place called "Regia" at the same site as King's Island.

In 812, the Vikings sailed up the Shannon River and attacked the old city- wrecking the monastery of Mungret. They were subsequently forced to flee when the Irish attacked and killed many of their numbers. However, the Normans are the real designers of the present layout of the city- adding much to its most notable architecture such as King John's Castle and St Mary's Cathedral. The City also helped transform the laws for Catholics all over Ireland during the 17th century Civil war, when the Treaty of Limerick ended the Williamite war.

Today Limerick stands tall over all its ruinous past to offer some of the best stories, travel blogs and a curious sense of peace and tranquillity. The 21st century Limerick is not only a pleasant sightseeing capital during the day but also the busiest nightlife hub- boosting its tourism like never before. While here, be sure to explore the city all through the day and at night. With its charming pubs, cafes and restaurants all set in a medieval time-flux, you will be tempted to cancel your return flights once you visit Limerick.

Essential travel information and Limerick tips for your visit

Plan Your Trip To Limerick

The best tours and activities in the city, guided by experts to give you a local insight to the best of Limerick