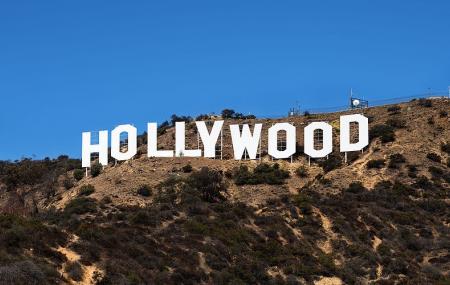 Perhaps the most famous, immensely popular and the most celebrated cultural icon of the Hollywood century is the Hollywood sign. Situated upon the Mount Lee of the Hollywood Hills, it was built to promote and advertise the development and progress of real estate business. Being a bearer of national heritage of American cinema, it is safeguarded by authorities and has been used as an official appearance for establishing movie culture in the movies since decades.

The sign underwent the facing of severities of weather and damage and therefore has been restored to render permanency of grandeur and perfectness of condition for years to come. Its usage in films requires a charge for being licensed. However, the publicity of the sign remains an elite grandeur for Hollywood and a cinematic fascination for the international tourists.

Could there be a better view to get of La than the Hollywood Sign itself?! Featured in so many movies, series and other entertainment this attraction is perhaps the first place that many visitors want to give. It requires a little hike that is absolutely worth it. Given the unmissable fitness frenzy in the city, you are certain to spot several fitness enthusiasts sweating it out here. Not just the general public, but at this hike, you are likely to bump into some celebrities too! Also, visit the popular attractions in the city by following Los Angeles itinerary 7 days.

93.78% of people prefer to travel by car while visiting Hollywood Sign

People normally club together The Griffith Observatory and Hollywood Bowl while planning their visit to Hollywood Sign.