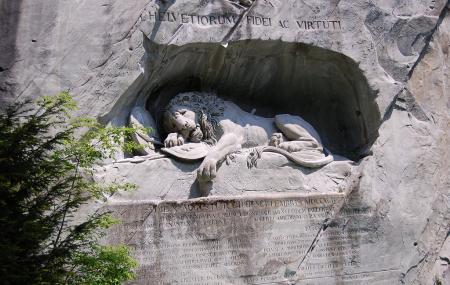 Switzerland might not have an active army but their reputation of supplying top notch mercenaries remains untainted; the guards of the Vatican, for example. The Lion Monument in Lucerne is a testament to this long standing tradition. Carved in the 19th century to honour the Swiss guards who fought for Louis XVI of France in 1972 during the French Revolution, the Lion Monument will have you respect the bravery and loyalty of the Swiss guards. The Latin inscription on the carved cave reads, “To the bravery and fidelity of the Swiss.”

How to Reach Lion Monument

Love this? Explore the entire list of places to visit in Lucerne before you plan your trip.

Fancy a good night's sleep after a tiring day? Check out where to stay in Lucerne and book an accommodation of your choice.

64.91% of people prefer to travel by car while visiting Lion Monument