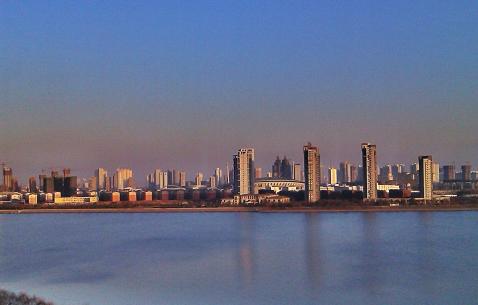 Located in the central plain of China, Luoyang is a prefectural level city in the province of Henan. With a long history and great heritage, it is one of the cradles of Chinese Civilization. Many captivating ancient places with interesting legends worth knowing and the famous Peony festival earned Luoyang a place on thousands of vacation planners.

Serving as a capital to 13 ancient Chinese dynasties, Luoyang is one among the four great ancient capitals of China along with Beijing, Nanjing and Chang'an. The city has a history that traces back to the Neolithic age. After being a part of Xia, Zhou dynasties and the Shang nobility, the city was made the capital of Eastern Han Dynasty in 26BC. It was later ruled by Jin, Wei, Sui, Tang and North Song Dynasties. The city was also a home to a number of ancient Chinese philosophers and poets.

Though there are modern attributes to the city that reflect in its residential blocks and other commercial centres, Luoyang mostly sticks to its tradition that we can see in the classic architectural patterns of many streets and alleyways. The tradition and culture of Luoyang comes right on to the streets and that’s what makes the city’s itineraries unique.

A lot of China’s culture has a connection with Luoyang. The city is the birthplace of religious beliefs like Taoism and many Chinese Legends like Goddess Nvwa Mending the Sky. Luoyang takes pride in its tourist attractions that reflect the ancient culture and traditions of the city. It is also said to be the place where many scientific equipment like Seismograph, compass, armillary sphere, etc. have been invented. The tourist information centre in the city can help you with maps, brochures and other materials that help you get to know the city and its tourist areas better.

A vacation at Luoyang would not be just some fancy places to visit and other common touristy things. It is a place where you can learn a lot about the Chinese culture doing anything including sightseeing, shopping at the traditional markets or just nibbling on their classic cuisine at one of their authentic restaurants. So, add Luoyang to your itinerary planners and visit the place your next holiday.

Essential travel information and Luoyang tips for your visit

Plan Your Trip To Luoyang

The best tours and activities in the city, guided by experts to give you a local insight to the best of Luoyang