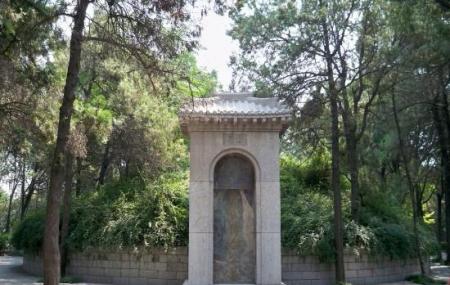 The Baiyun Park is the last tourist point in the Longmen Grottoes. The park is located in a picturesque valley and is known for its quiet and peaceful environment. It was built to honour the Tang dynasty poet Bai Tszyui, who admired the beauty of the landscape and spent the later days of his life here. The park offers a perfect relaxing site after a stroll through the adjacent Longmen Grottoes. Highlights and must see includes:

How to Reach Baiyuan Park

Love this? Explore the entire list of places to visit in Luoyang before you plan your trip.

Fancy a good night's sleep after a tiring day? Check out where to stay in Luoyang and book an accommodation of your choice.

People normally club together Longmen Grottoes and Peony Park while planning their visit to Baiyuan Park.