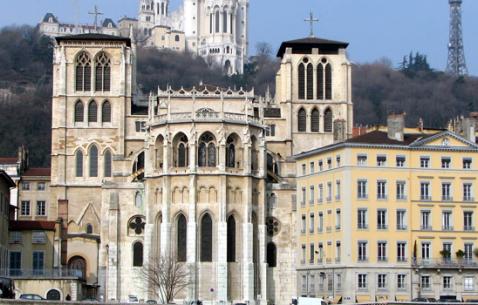 Lyon is brilliant; many argue that’s it’s way cooler than Paris. It was once the Gaulish capital of Lugdunum; it was the first refuge of GaulishChristiandom; it had a rich Roman heritage; it had a thriving textile industry during the Middle Ages and Renaissance; and it’s always been an intellectual and cultural hotspot. Its neighbourhoods are picturesque; its called the capital of gastronomy; its museum and churches  are nothing short of grand; its architecture is varies and absolutely brilliant; its climate is cool; its people are cool; its parks and gardens are spectacular… I could go on and on.

The Lyon City Pass will give you free access to:

Lyon was shaped by many things – its Gallo-Roman Heritage, the early struggles of Christianity, the rivers Saone and Rhone, and the famous textile industry (especially silk), to name a few. It’s pretty red roofs, historical Fourviere and Croix-Rousse hill districts, delicious food, cultural vibrancy, magnificent architecture, Roman ruins and 3000 years of history have made it fit for UNESCO to declare much of it a World heritage Site.

The ancient Gauls (remember Asterix?) called it Lugdunum, and it was their capital. This was where the first Christian gaulish communities appeared. Over the millennia, it became a trade hotspot, especially in silk and printing. Despite many religious conflicts, the intellectual and commercial backbone of the city kept it thriving.

Today, the diverse neighborhoods and attractions will keep you occupied and exploring for hours; especially now that the city is becoming so bicycle friendly. The main neighborhoods to check out are Vieux Lyon, Fourvier, Croix-Rousse, and Presquille. Museums, galleries, parks, churches and lots of delicious eats – the charm of Lyon is eternal and oh-so-revisitable.

Essential travel information and Lyon tips for your visit

Plan Your Trip To Lyon

The best tours and activities in the city, guided by experts to give you a local insight to the best of Lyon