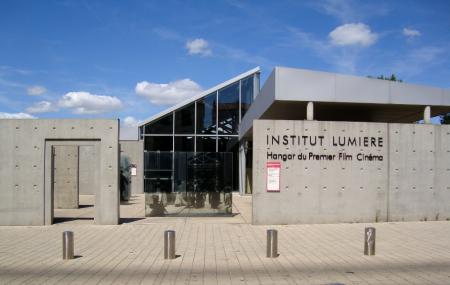 The museum is a tribute of love – Maurice Trarieux-Lumière, the grandson of Louis Lumiere (father of modern cinema), started this place in 1982 in honor of the his grandfather and great uncle (AugusteLumiere). It aims to conserve various cinematic art, and to impart cinematic education through education, publishing and exhibitions. That’s why it’s also known as Cinema’s Living Museum.

If you’re a film buff, it’s utterly fascinating – particular because of the presentation, which is designed to take visitors through the personal perspectives of cinema’s forefathers. One section is devoted to the invention and evolution of cinema; another to the technical achievement of cinema’s forefathers and their lives; there’s even a room dedicated to Antoine Lumiere, the father of the creators of Cinema. There’s a park here where one of the earliest films was shot: Workers Leaving the Lumière Factory.

Also to see are the Park (relax while you check out Inventor’s Alley), the Porch, the First Film Warehouse, the Cinematograph Square and the Filmmaker’s Wall.

How to Reach Institut Lumiere

Love this? Explore the entire list of places to visit in Lyon before you plan your trip.

Fancy a good night's sleep after a tiring day? Check out where to stay in Lyon and book an accommodation of your choice.

94.03% of people prefer to travel by car while visiting Institut Lumiere

People normally club together Eglise Saint Francois Regis and Museum Of Gallo-roman Civilization Or The Odeon And The Roman Amphitheatre while planning their visit to Institut Lumiere.