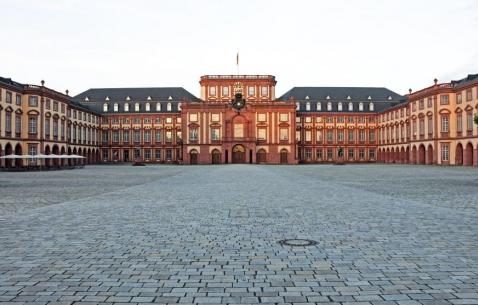 Mannheim is fondly known as the ‘Chessboard City’ referring to its American styles layout. Originally used as a fishing capital, Mannheim became a city in the early 1600s. The city is located between rivers Rhine and Neckar, close to their confluence. Known for its characteristic layout of grid system, the town- even though not the most scenic, is sure to keep you busy with their splendid urban attractions and good shopping hotspots.

Mannheim is carved in history as a German musical centre for artists during the 18th century - adding much credit to its popularity and importance. An important contributor in the World Wars, Mannheim’s industrial plants showcased immense power. Manheim’s history has contributed in Germany’s global presence for centuries.

The 1950s witnessed a calm state and heavy reconstruction in the city- a time when some of the major attraction and tourism was shaped to give Mannheim its present day appeal. The city became a prominent contributor in technological advancement not just in Germany but internationally as well.

Today, Mannheim has a characteristic tourist appeal like no other city in the world owing to its vast and intense history. If you are travelling to Mannheim, be prepared to have an over-whelming sight-seeing experience like no other.

Essential travel information and Mannheim tips for your visit