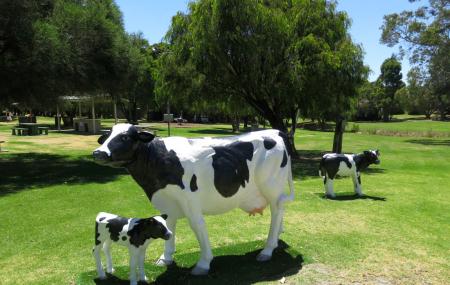 You know a place doesn’t take itself seriously when it calls itself ‘Cowtown’. In what may be the largest and most committed public art exhibition, the entire town – monuments, buildings and residents alike – theme themselves after cows. This bovine obsession is hilarious, cheeky, and utterly adorable.

How to Reach Cowaramup

Love this? Explore the entire list of places to visit in Margaret River before you plan your trip.

Fancy a good night's sleep after a tiring day? Check out where to stay in Margaret River and book an accommodation of your choice.

95% of people prefer to travel by car while visiting Cowaramup