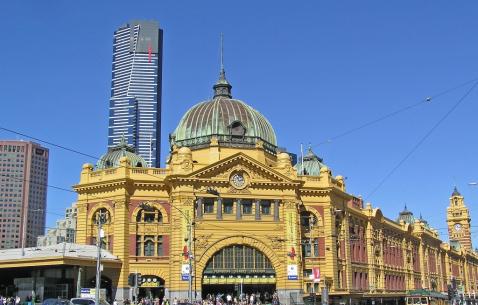 Cultural capital of Australia and an important tourist destination, Melbourne is truly every traveller’s paradise. Established in 1835 by settlers from Tasmania, and named in honour of the then British Prime Minister, Melbourne has grown from a collection of wide streets to a thriving city. Much of this growth can be attributed to the massive influx of people that happened due to the 1852 Victoria gold rush.

In the latter half of the 20th century, the people realised that Melbourne’s rapid expansion and drive towards modernity was threatening its architectural and cultural heritage. This sparked of some pretty intense preservation efforts that have been by and large effective, even though they started quite late.

The city’s people are an interesting mix: Celts, Jews, Chinese, Greeks, Italians and other southeast Asians. Moreover, the city also has some vibrant art scenes in addition to musical concerts, sports, film festivals, a vastly blended food and drink culture and clubs galore.

All in all, the city is a mixed bag of delights, but we really recommend visiting in the winter, when the temperature is pleasant. It’s just murderous in the summer. Each one of you should visit Melbourne at least once and experience all that it has to offer.

Essential travel information and Melbourne tips for your visit

Plan Your Trip To Melbourne

The best tours and activities in the city, guided by experts to give you a local insight to the best of Melbourne