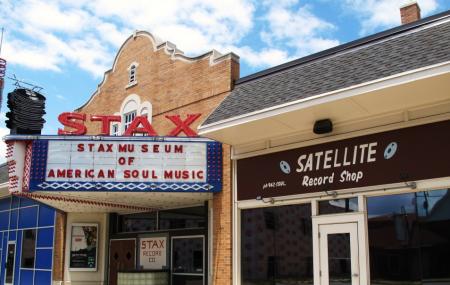 This is one of the very few music museums dedicated to soul music. After the Stax records went bankrupt in the year 1976, it was sold off to the Church of God in Christ and started to be used as a small hotel. After that the hotel also closed and the place was left abandoned just to fall apart on its own.

A few years passed and the people realized something should be done and they started raising their voices. It is then when the government took initiatives and the music museum along with a music academy was started to be built here. It is at present a large museum with thousands of exhibits including records, photos, films, etc. the galleries here also consist of stage costumes and earlier depictions of Stax music performances. There are also equipments and instruments used to record soul music.

The Museum also works towards social causes. It teaches music and art to youth who are at risk in aspect of wrong ways such as drug addiction, etc. They also teach music to youth who are poor but want to pursue music as their passion. The Soulville Charter School is also situated in the same building.

Love this? Explore the entire list of places to visit in Memphis before you plan your trip.

Fancy a good night's sleep after a tiring day? Check out where to stay in Memphis and book an accommodation of your choice.

93.92% of people prefer to travel by car while visiting Stax Museum Of American Soul Music