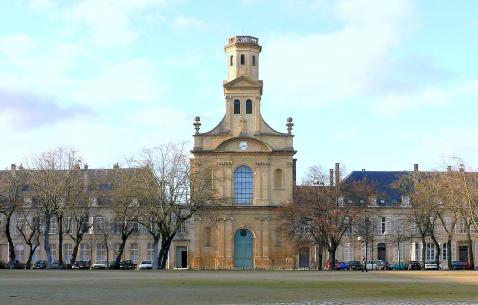 Located near the trijunction of France, Luxembourg and Germany in between two rivers, Metz is the capital city and prefecture of Lorraine Region and Moselle department. Although a part of the French territory, Metz is more German because of its culture and military traditions. It is highly renowned for its rich heritage, art and architecture which gave a boost to the tourism industry in the city.

Metz has a long history that traces back to more than 3000 years, over the course of which; it served as an important Gallo-Roman city and the capital of Austrasia kingdom and Carolingian dynasty’s birthplace. The city originally had Romance culture but had a strong German influence due to its topography and its annexation by Germans multiple times.

The city has peculiar architecture featuring an array of historical buildings, roman vestiges and 18th century classic constructions. Your itinerary planners wouldn’t be complete without visiting its magnificent old town which was built with a unique yellow limestone called Pierre de Jaumont. The city is also known for its ecological and nature friendly urban planning, thus gaining the nickname of ‘Green City’.

Metz boasts of a number of diverse tourist attractions; from magnificent cathedrals, ancient and contemporary museums, fortifications and many other places to see. The tourist information office assists you with maps, travel guides and any other help needed to make your stay memorable.

With a perfect balance of both ancient and modern aspects, Metz beams with radiance, both as an information and transport hub of Lorraine, as well as a charming old city with cafes on the pavements and pretty riverside gardens. So, add this city to your vacation planner and visit it on your next holiday.

Essential travel information and Metz tips for your visit