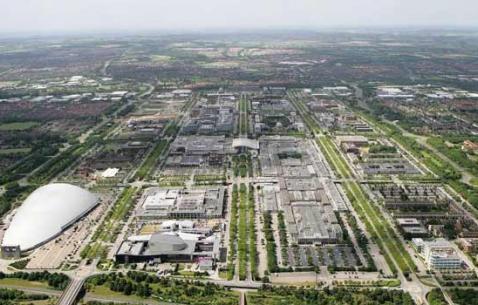 Milton Keynes (/ˌmɪltən ˈkiːnz/ mil-tən-KEENZ), locally abbreviated to MK, is a large town in Buckinghamshire, England. It is the administrative centre of the Borough of Milton Keynes and was formally designated as a new town on 23 January 1967, with the design brief to become a "city" in scale. It is located about 45 miles (72 km) north-west of London. At designation, its 89 km2 (34 sq mi) area incorporated the existing towns of Bletchley, Wolverton, and Stony Stratford, along with another fifteen villages and farmland in between. It took its name from the existing village of Milton Keynes, a few miles east of the planned centre. At the 2011 census, the population of the Milton Keynes urban area, including the adjacent Newport Pagnell and Woburn Sands, was 229,941, and that of the wider borough, which has been a unitary authority independent of Buckinghamshire County Council since 1997, was 248,800, compared with a population of around 53,000 for the same area in 1961.

Internationally acclaimed architects and urban planners attempted to live up to the idealism of the times in which they were in (it was the 1960s and 1970s after all) and design the perfect city from scratch. What you get is something that for many people is soulless, but nonetheless interesting. Welcome to Milton Keynes set in the heart of the rolling English countryside.