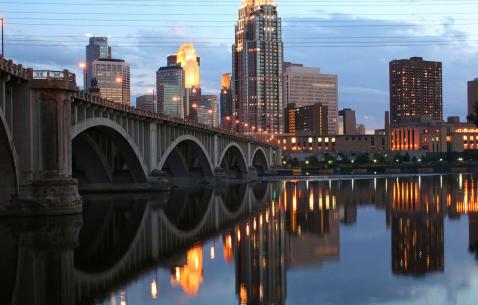 It is one half of the twin cities of Minneapolis- St. Paul’s. It is also the largest city of Minnesota consisting of further districts as follows:

The name "Minneapolis", meaning "The City of Lakes" in a mash-up of the Dakota word ‘minne’ and the Ancient Greek word ‘polis’, refers to the city's 22 natural lakes together they call it Chain Of Lakes.

Essential travel information and Minneapolis tips for your visit