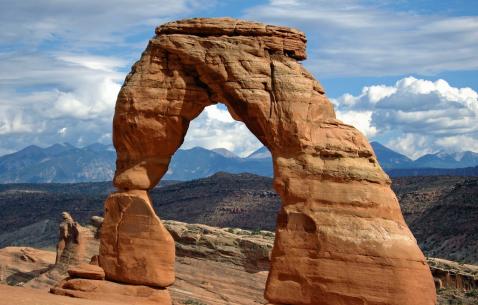 On any given day, the tourist population of Moab is probably larger than its native population. The city is surrounded by some of USA's greatest natural wonders- Rock formations, ancient dinosaur tracks, incredible lookouts, miles and miles of canyon and the waters of the Colorado River.

Its first significant role was as the river crossing area for the Old Spanish Trail. Early settlement attempts saw multiple conflicts with Native Americans. Uranium and vanadium mining began to pick up in the first quarter of the 20th century, then potash, manganese, oil and gas. But when an unexpectedly rich Uranium mine was discovered in the 1950s, the population of the town exploded. Around the same time, filmmakers began to view the exotic land as the golden standard of shooting locations. Landscape photographers further spread its fame.

Today, the entire town is thriving on tourism economy. It’s not just people who like to strike out on their own. There are many tours and travel companies that make a killing out of bringing visitors to hard to reach places.

Essential travel information and Moab tips for your visit

Plan Your Trip To moab

The best tours and activities in the city, guided by experts to give you a local insight to the best of Moab