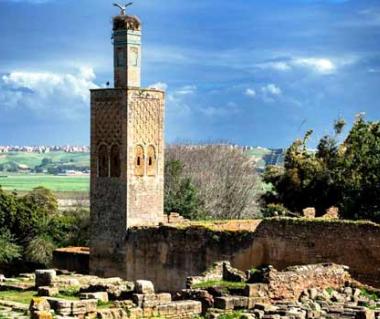 Plan Your Trip To Morocco

Places to visit in Morocco

From the land of Lawrence of Arabia and The Jewel of The Nile, the continent of Africa brings you yet another exotic travel destination. The mere mention of Morocco paints a picture of spice-scented markets and vast expenses of the Sahara desert. Known as one of the most religiously tolerant countries of the continent, you’ll see for yourself as you come across the plethora of places of religious interests ranging from a mosque to a synagogue.

And how can we forget the aromatic spices that are home to the land of the dunes, the markets where like they show in the cartoons, a single whiff is more than enough to draw us to the stalls. Needless to say, your taste buds are in for a treat and the local cuisine is something you can tick off your bucket list.

Be it the European capital of Rabat or the romance that is associated with Casablanca, Morocco has the snow sand and everything in between.

Morocco, in a way, can be visited any time of the year. Being a part of the Saharan desert belt, the weather cycle is in a way set in sand. The best time to vacation in Morocco is either the spring or the fall. March and April see clear blue skies and a blooming blanketed landscape. Depending on what sort of vacation you’re planning to have, winter is the time to explore the desert and the summer is for the high Atlas. September-December see a pleasant weather and is the second peak tourist season of the year.

When you’re planning a trip to Morocco, try and avoid the school holidays and of course the Ramadan holidays.

Hassan II Mosque: The Hassan II Mosque is the 7th largest mosque of the world and the biggest of the country. It’s said that the architectural heritage of Morocco began with the construction of this mosque. With minarets that stand some 700 feet off the ground and the capacity to house around 95,000 followers inside and outside collectively, the Hassan II Mosque is not to be missed.

Museum of Moroccan Judaism: Morocco prides itself in being a tolerant and accommodating land when it comes to faiths and beliefs. No other Muslim dominant land would so beautifully preserve and showcase any other religion as the Museum of Moroccan Judaism. With over 2000 years of history behind them, the museum does well to display the traditions, culture and way of life of the Jews in Morocco.

Rabat Archaeological Museum: The Archaeological Museum in Rabat is the best place to visit to know the history of Morocco. All the exhibits are artefacts excavated in Morocco. Even though the displays are labeled in Arabic and French, it’s an interesting visit to see the museum’s prehistoric and pre-Islamic collections.

Ibn Danan Synagogue: This 17th century synagogue was restored in 1999 under the flagship of the UNESCO. Built by a wealthy merchant, the architecture of the synagogue is not all that impressive; you’ll cross it if you’re not looking for it. Don’t be fooled by its outward appearance though. The insides are just as impressive as the outside isn’t.