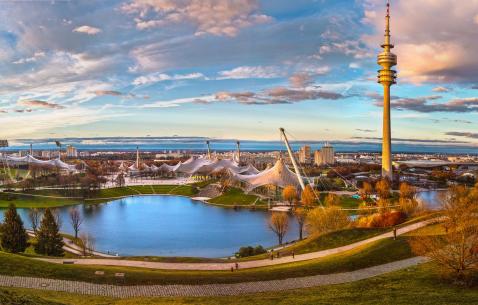 Munich is the capital of Bavaria, Germany’s most popular tourist destination. Once the hosts of the Olympic Games, Munich also welcomes hundreds of thousands of visitors to its famous beer festival, the Oktoberfest, every year. An affluent, sophisticated city with a wealth of museums, historic monuments, art collections and great shopping opportunities.

Munich is well connected to all of Germany’s major cities, by road, air and by an extensive rail network. Munich airport serves millions of passengers every year to fly to domestic and international destinations in Europe and the rest of the world. Bavarians are quite different from the rest of Germany’s inhabitants. Famous for their boisterous dancing in leather shorts and their drinking songs, Bavarians love to celebrate life and the art of brewing beer. The city is also home to some of the beautiful edifices from the past that have survived the ravages of World wars that twice shook the city. From Gothic to Neo classical, from contemporary to postmodern, this city will exhibit architecture in all its forms as well as movement.

Munich can be a bit of a tourist trap and very expensive. Avoid the expensive restaurants and cafes around Marienplatz and head for Irish pubs, catering for English speaking visitors, or for student hang-outs, which serve excellent value for money meals and a refreshing glass of lager for far less than the Hofbrauhaus or the Ratskeller. Each one of you should visit Munich at least once and experience all that it has to offer considering the best time to visit Munich.

Essential travel information and Munich tips for your visit