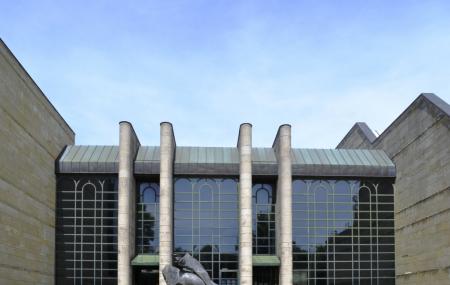 Find hotel near The Neue Pinakothek

This art museum is focused primarily on important pieces of art from the 18th and 19th century and is also widely considered as one of the most important and influential museums of the 19th century. Founded in 1853 by King Ludwig I of Bavaria, the original building had fallen prey to the devastation spread by the Second World War.

The current building was designed keeping in mind postmodern ideologies and aesthetics and was completed in 1981. Some of the most famous painters whose works adorn the halls in this massive sanctuary include Francisco de Goya, George Romney, Joshua Reynolds, J.M.W. Turner, Peter von Hess, Carl Blechen, Carl Spitzweg, Claude Monet, Edgar Degas, Paul Gaugin, Edouard Manet and Pablo Picasso to name a few.

The Neue Pinakothek also featured in Munich Itinerary 2 Days. You should must visit this place.

How to Reach The Neue Pinakothek

Love this? Explore the entire list of places to visit in Munich before you plan your trip.

Fancy a good night's sleep after a tiring day? Check out where to stay in Munich and book an accommodation of your choice.

86.42% of people prefer to travel by car while visiting The Neue Pinakothek

People normally club together Alte Pinakothek and The Pinakothek Der Moderne while planning their visit to The Neue Pinakothek.