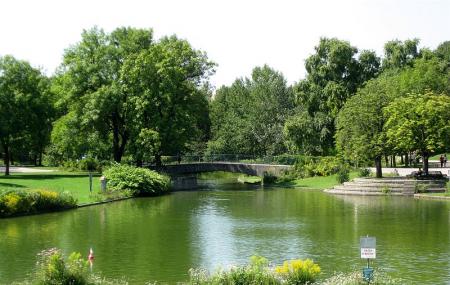 Designed by landscape architect Peter Kluska, the Westpark is one of the largest urban parks that grace the city of Munich. Built in 1983, this park also hosted the International Garden Expo 83 in the same year of the completion of its construction. Inside, there is a rose garden that contains more than 20,000 roses and 500 different rose species. To add to the delight of the visitors are the two beer gardens. While you visit this place, don’t forget to watch an open air movie screening on the stage area.

How to Reach Westpark

Love this? Explore the entire list of places to visit in Munich before you plan your trip.

Fancy a good night's sleep after a tiring day? Check out where to stay in Munich and book an accommodation of your choice.

88.46% of people prefer to travel by car while visiting Westpark

People normally club together Hotel Petri and Gs Hotel München while planning their visit to Westpark.