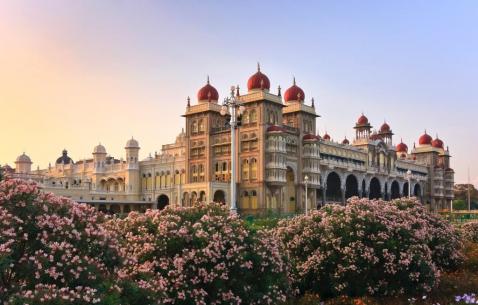 Situated at the base of the Chamundi Hills and the second largest city in the Karnakata state, Mysore is 146 kilometres southwest of Bangalore, the capital of the state. Ruled by the Wodeyar dynasty until 1947, whose love for art and culture has left an everlasting imprint on this “cultural capital of Karnataka” This predominantly Hindu city lends its name to the Mysore style of painting, sweet Indian dish Mysore Pak and Mysore silk saris. A trip to Mysore is a must-do for sure!

Mysore has earned itself the sobriquet of “The City of Palaces” and this name suits the city. The beauty of Mysore is experienced in the city’s enchanting sights, its laid back lifestyle, and the calm and serene atmosphere. The visitor to the city is bound to come away with beautiful memories of this city and would want to re-live the same experience over and over again.

Plan Your Trip To Mysore

The best tours and activities in the city, guided by experts to give you a local insight to the best of Mysore