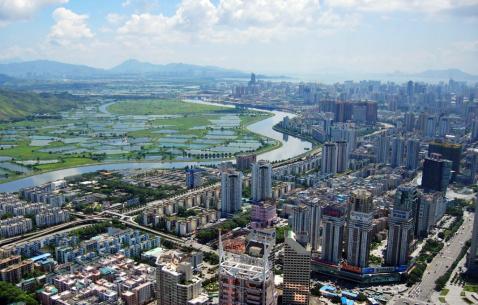 Nanchang is the capital of the Jiangxi Province in China. It is a city with great political importance for the Chinese because of the Nanchang Uprising of 1927 when the communists rose up against the Nationalist Party of China. It came to be known as the Heroes’ city.

Nanchang first became a part of China during the Qin dynasty that lasted from 221 BC to 206 BC. When the Han dynasty took over, the city was officially named Nanchang which means ‘southern flourishing’ and became an administrative seat in 201 BC. By 763 AD, it became the provincial centre of Jiangxi. The city grew rapidly and by the 12th century it became the most populous province in China. Consequently, the city changed hands between many dynasties, and by the 18th century, its importance waned. In the 19th century, the city had very little industry apart from food processing and thus, the decision was made to industrialise it. Now, it is a large-scale producer of cotton textiles and cotton yarn and now, is a major player in the paper making business. It is also a minor centre of the automotive industry in China.

Nanchang makes an interesting entry in your vacation planner with its 2000 year old history and political significance in China’s revolutionary movement: one of the reasons why tourism has grown in the city over the last few years. It is an important historical and cultural centre well worth your time. The city also has four beautiful artificial lakes inside the city: the North, South, East and West Lakes. Most travellers simply pass through to see other parts of the Jiangxi countryside, but we say that this powerhouse of a city with its strong people and majestic sights should definitely be a part of your itineraries.

Essential travel information and Nanchang tips for your visit

Plan Your Trip To Nanchang

The best tours and activities in the city, guided by experts to give you a local insight to the best of Nanchang