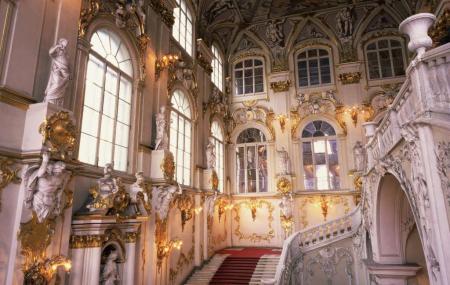 Find hotel near The Hermitage, Home Of Pr ..

It escaped a near-disaster during the 1998 Nashville tornado outbreak. The tornado missed the house and gravesite but toppled many trees. These trees hid the Hermitage which is the home of President Andrew Jackson. It is a historical plantation and museum located in Davidson County. Andrew Jackson resided there occasionally until he retired from public life in 1837. Jackson helped found the town of Memphis and began his political career there. His reputation as a hero helped Jackson become the 7th U.S. President in 1828.

The Hermitage is one of the leading, and most visited presidential homes in the United States. Fiery and daring, Andrew Jackson was Tennessee’s first home-based grown president, born to Irish immigrants. Non-profit organisation preserved the mansion with great care and accuracy. It is authentic, and conserved with historic precision. The Hermitage has been enhanced by adding more educational programmes, such as archaeology and the history of slavery.

The programmes are conducted in five different languages for the 30,000 annual visitors. Children play Little League baseball at the Hermitage’s Rotary Park. The Hermitage was one of the filming locations and settings for the 1955 Disney film Davy Crockett. Tour the beautiful garden which was tended by Rachel, the president’s wife.

How to Reach The Hermitage, Home Of President Andrew Jackson

80% of people prefer to travel by car while visiting The Hermitage, Home Of President Andrew Jackson

People normally club together Ryman Auditorium and Rca Studio B while planning their visit to The Hermitage, Home Of President Andrew Jackson.