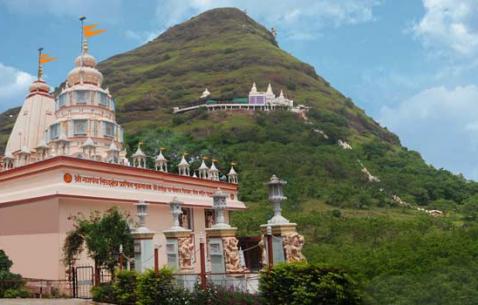 Known for its devotional and spiritual tradition, this is one city that has a distinct blend of traditional and modern aesthetics. It is well known for hosting Kumbhmela, one of the biggest pilgrim events in the whole world.

An evolving cosmopolitan face, Nasik is the best of both worlds. New shopping destinations, cultural and literary activities throughout the year and a huge young crowd keep the city buzzing.

This city is one of the holiest Hindu cities in the world. A gateway to the famous temple of Shirdi and Trimbakeshwar, it has become a city known for religious tourism. Traditionally, it is important for afterlife rituals of Hindus.

Nasik is historically a very significant city. An important archaeological site with over 100 ancient temples, this city is known for being the adobe of Lord Rama during his 14 years of exile. Several references to the great epic of Ramayana can be found in the city.

During the pre-Independence era, it starts a very strong Independence movement and started progressive movements to fight the caste and Gender issues in the society. Baba Saheb Ambedkar and Veer Savarkar had a long association with the city.

It was here that the movement against untouchability found a foot. The famous Kalaram mandir was opened due to the efforts of Babasaheb Ambedkar who was a progressive national leader that advocated the abolition of untouchability.

Besides religious and patriotic significance, the city is famous for its literary contribution to the Marathi language. Vasant Kanetakar, Vishnu Digambar Palaskar and Viva Shirwadkar are some writers that have written a huge number of books.

A modern agricultural hub, Nasik is the wine capital of India. It exports a large amount of grapes outside India. Many vineyards can be found around the city. Onions, tomatoes and Greenhouse vegetables are also exported from the region.

Once a traditional city, Nasik is on the verge of becoming one of the most liberal cities in Maharashtra. Picturesque Environment, prosperous economy and a rich distinct culture has developed over the years. It is an important tourist sites in Maharashtra with lot to offer an average tourist.

It is one of the fastest growing cities in India and a mine of attractive marvels. A rich culinary tradition, more than a hundred tourist attractions in and around the city and modern shopping facilities make it a reasonable yet wonderful option for a trip.

While in the city, don’t miss a visit to the Jewellers that Nasik is known for. A small gold or silver souvenir  with a traditional Maharashtrian touch will light up your close one!

Essential travel information and Nasik tips for your visit