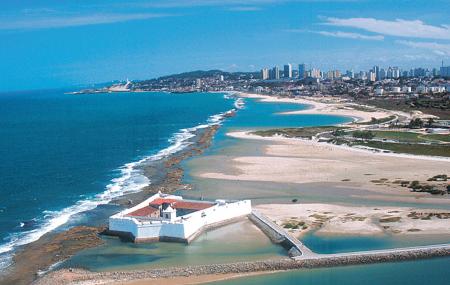 A structure worthy of its name, the Forte dos Reis Magos looks spectacular standing alone, looking fierce at the tip of the city, ready to guard Natal even today. An impressive five-sided fort, built in the 16th century, the city would not have existed if it wasn’t for the Forte dos Reis Magos. Controlled by the Dutch for a short period of time, the fort has done well to protect Natal from any outside invasion.

Inside the fort, each room had a designated purpose which is available in both Portuguese and English. The chapel, cannons and the soldier’s quarters have been well preserved and open to the public for viewing. There’s a small office where the Dutch carried out their administrative operations, but compared to the stunning views of the city and the sea beyond the office can seem a little disappointing.

Love this? Explore the entire list of places to visit in Natal before you plan your trip.

Fancy a good night's sleep after a tiring day? Check out where to stay in Natal and book an accommodation of your choice.