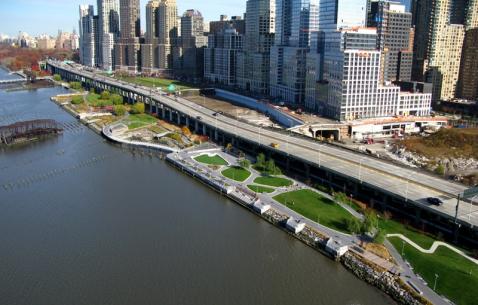 New York City is very popular city and most stylish tourist destination in the United States. It is the city of many names like “The Big Apple”, “The City That Never Sleeps”, and “Gotham City”. According to the world economy, it is said to be the richest city in America. The existence of the famous Wall Street proves the fact. The city has inspired lots of classic songs e.g. “New York, New York” by Frank Sinatra and "Empire State of Mind" by Jay-Z. Many celebrities live in New York City and lots of TV Shows and movies filmed on location New York City. Also, Broadway theatres in Manhattan attract some of the most high-profile actors from Hollywood. The New York City announced that it has been approved for its own geographic top-level domain (.nyc) which will allow New Yorkers and visitors to easily find traveling information and other information online. Hence, New York has proved itself as a center of fun, entertainment, knowledge and money. Explore more about this city by taking the best New York City tours available in the list.

Another important feature that you cannot miss out of this city is it’s culinary. With a large number of restaurants serving cuisines from all corners of the world, New York has once again proved itself as the ‘Culinary capital’ of America. All credit goes to the immigration history of the city which has brought people from different regions across the globe. Each one of you should visit New York City at least once and experience all that it has to offer considering the best time to visit New York City. Check out things to do in NYC and New York City Itinerary 3 Days for a memorable trip to new york.

The best tours and activities in the city, guided by experts to give you a local insight to the best of New York City