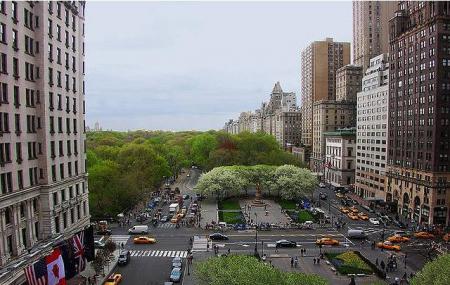 Fifth Avenue is the home to one of the most popular restaurants, The Plaza, where many presidents even have stayed. Fifth Avenue Street is situated in the centre of Manhattan in the city of New York where you will find prestigious shops lined up one after another. This street is ranked to be the most expensive streets of all times. This busy streets starts at Washington Square Park and turns northwards to Midtown, east at Central Park and ends at Harlem River with 142nd street.

Men can check out Bergdorf Men, the NBA Store as well as the famous Apple Store. Looking for something shiny or sparkly? Browse the displays at Harry Winston - jeweler to the stars, Bulgari, Cartier, Tiffany and Company, Van Cleef and Arpels, and Fortunoff. Kids will love making their way through the stupendous displays at FAO Schwartz, one of the worlds largest toy stores.

Other magnificent sights along Fifth Avenue are Rockefeller Center (across the street from St. Patrick's Cathedral; The Gothic structure is the seat of the Archbishop of New York), the Trump Tower, the Empire State Building- long the tallest building in the world, the Flatiron and the majestic New York Public Library. Fifth Avenue New York tourist attraction added in New York 4 Day Itinerary

How to Reach Fifth Avenue

63.83% of people prefer to travel by car while visiting Fifth Avenue

People normally club together The Metropolitan Museum Of Art ( The Met ) and Marea while planning their visit to Fifth Avenue.