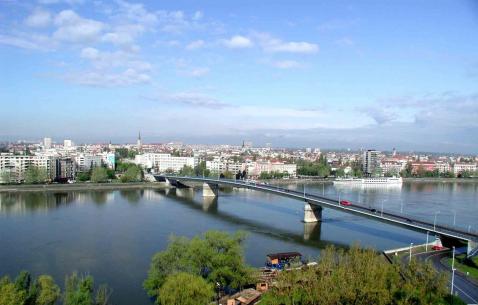 Novi Sad is the second largest city in Serbia (Belgrade coming in first place) picturesquely located on the banks of the Danube River and next to the Fruska Gora mountain. Around 250,000 people call this city their home. ‘Novi Sad’ is the Serbian phrase for ‘New Garden’ and like it’s interesting name, its history is even more enchanting.

Human settlements in Novi Sad date back to the Stone Age, roughly 4500 BC. The first fortress in the city was built by a Celtic tribe around 400 BC. Consequently, the region was conquered by the Romans around 100 BC and started constructing their own fortress. This fact explains that the city should have been called ‘New Fortress’ instead of ‘New Garden’. And of course, since history is full of wars and destruction, this fortress was also destroyed by the Huns in 500 BC. By around 600 BC, the Byzantines were the lords and masters of the region and reconstructed the town. Later, around 700 BC, Slavic tribes including the Serbs settled in the city. The city was also included in the Kingdom of Hungary between the 11th and 12th centuries. The city was finally founded in 1694 when Serbian merchants banded together and formed a colony. Novi Sad’s trials and travails did not end there for it was devastated during the 1848 Revolution when the Habsburg Austrian Empire was threatened. And then it was reconstructed again. *phew* Talk about being steeped in history!

Today, Novi Sad is a cultural, industrial and financial centre driving the Serbian economy. It’s interesting, albeit long and winding, history has led to some of the most interesting and spectacular architecture in the region: a big reason why tourism has grown in the city. It’s a cultural hub with many musical festivals like the famous EXIT festival.

It is a historic, romantic city that deserves your attention. Mark up its spot on your vacation planner because you will fall in love with its majesty as many travellers have.

Essential travel information and Novi Sad tips for your visit