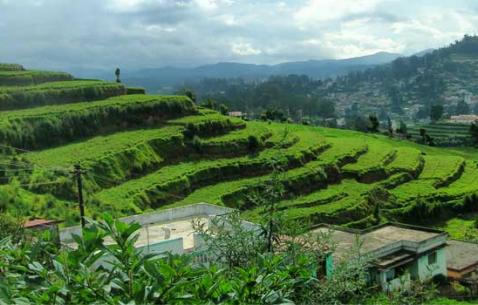 Udhagamandalam aka Ootacamund and more popularly known as Ooty is called the Queen of Hill stations! And not for nothing! A look at Ooty tourist information and Ooty photos will assure you that the ‘Queen’ title is justified! Sprawling tea plantations, expansive gardens, nature reserves and cascading waterfalls form the crux of Ooty. Nature has been very generous with the town.

Situated in the state of Tamil Nadu, Ooty is a town in and district capital of the Nilgiris District. It is located in the western ghats at an elevation of around 2240 m. Ooty was originally used as a summer get away from Madras by the British during the colonial rule. Now, it is one of the most famous hill stations in India. Planning an Ooty trip? Allow us to be your Ooty travel guide!

Essential travel information and Ooty tips for your visit