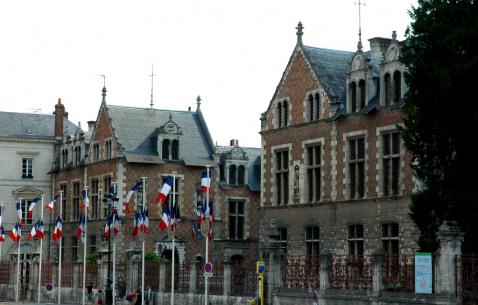 Orléans (UK /ɔːrˈlɪənz/; French pronunciation: ​[ɔʁleɑ̃]) is a city in north-central France, about 111 kilometres (69 mi) southwest of Paris. It is the capital of the Loiret department and of the Centre-Val de Loire region. Orléans is located on the Loire River where the river curves south towards the Massif Central. New Orleans (in French, La Nouvelle-Orléans), in Louisiana, United States, is named after the city.

While struggling to return to its former glory after the devastation of World War Two, Orleans has managed to retain some of its charm and allure. Think of it as a reminder of the devastation of war and how much history can occur in one single place – from the Romans to Joan of Arc to the English, they’ve all claimed it as their own after all.