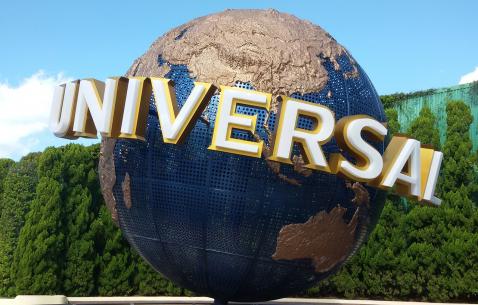 Located on the main island of Honshu, roughly in the centre of Japan, Osaka City is spread across an area of 221 square kilometres. The city was incorporated in the year 1889 and presently has a population of 2.6 million. During World War II, air raids and bombings had levelled almost one third of Osaka! But, dynamic city planning and hopeful and dedicated citizens restored the city to economic prosperity. Today, Osaka is the economic heart of western Japan and one of the cities that beams with tourist attractions. Top of the list include the Kaiyukan Osaka Aquarium, which is one of the biggest in the world. The Universal Studios Japan and Tokyo Disney Resort are located out in the eastern Osaka Bay area and are top draws. More traditional choices include the Museum of Oriental Ceramics in Naka-no-shima Park or the city's prized Osaka-jo castle/museum which is on most visitors' itineraries. For something unusual and fun, try the Instant Ramen Museum in Ikeda.

The city was formerly known as Naniwa. During a time when country capital used to be changed as per the reign of new emperors, Naniwa was once Japan's capital city, the first one ever known! Now this is something your Osaka tour guide might not tell you! In the 16th century, Toyotomi Hideyoshi chose Osaka as the location for his castle, and the city may have become Japan's capital if Tokugawa Ieyasu had not terminated the Toyotomi lineage after Hideyoshi's death and moved his government to distant Edo (Tokyo). With so much of history, culture and contemporary happening scene, the city has come to represent the best of Oriental World. Each one of you should visit Osaka at least once and experience all that it has to offer considering the best time to visit Osaka.

If you are planning your Osaka travel itinerary, here is all the information you’ll need on Osaka Tourism.

Essential travel information and Osaka tips for your visit

·        Electricity: In Japan the standard voltage is 100 V. The standard frequency is 50/60 Hz. The power sockets that are used are of type A / B. Japanese plugs can be used in the US but often not the other way around

·        Internet: A majority of hotels in Japan offer free internet in their guest rooms. A few hotels, typically the higher end Western chains, charge for internet access based on 24 hour periods. Access is usually provided as wired internet via LAN cable or as a wireless network.

·        Tipping: There is no tipping in any situation in Japan – cabs, restaurants, personal care. To tip someone is actually a little insulting; the services you’ve asked for are covered by the price given, so why pay more?

·        Bowing is nothing less than an art form in Japan, respect pounded into children’s heads from the moment they enter school. For tourists, a simple inclination of the head or an attempt at a bow at the waist will usually suffice.

·        Do carry light jackets and light sweaters if you are visiting the city in Spring or Autumn.

·        Don't forget to buy a subway pass. It will be cheaper and will help you travel the city better.

Plan Your Trip To osaka

The best tours and activities in the city, guided by experts to give you a local insight to the best of Osaka