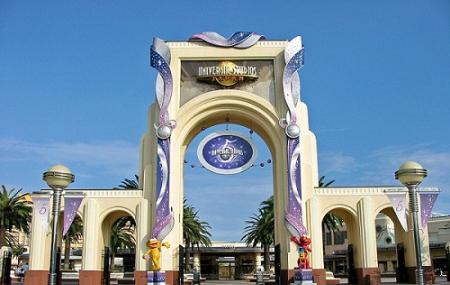 Universal Studios Japan is a major tourist attraction in Osaka and draws a lot of visitors. When opened in March 2001, it was the first theme park under the Universal Studios brand to be built in Asia. It is spread across an area of approximately 39 hectares! Now that is one giant theme park!  Popular rides within the park include The Amazing Adventures of Spiderman, Hollywood Dream Ride, Jurassic Park, and Jaws. A favourite section of the park which is popular with kids and adults alike is the Universal Wonderland. Recently, Universal Studios also opened its gates to ‘The Wizarding World of Harry Potter’. A must visit for die-hard Harry Potter fans (of the books as well as the movies)! The theme park is divided into sections such as San Francisco, New York, Jurassic Park, Hollywood, Amity Village, Universal Wonderland and Wizarding World of Harry Potter. Head over to the Universal Studios Japan along with your entire family for a fun-filled day.

Rates mentioned are inclusive of taxes.

How to Reach Universal Studios Japan

Love this? Explore the entire list of places to visit in Osaka before you plan your trip.

Fancy a good night's sleep after a tiring day? Check out where to stay in Osaka and book an accommodation of your choice.

94.54% of people prefer to travel by car while visiting Universal Studios Japan