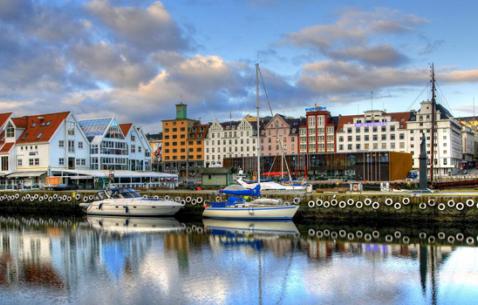 The capital and the most populous city in the country of Norway, Oslo is said to be a place where art had its reincarnation, in a much finer and classy way. The resplendent museums and art galleries in the city stand as a proof of its richness. In addition to it, like cherry on the top of a cake, the city is covered in a blanket of lakes, forests and other works of nature making it the next best place to be on your vacation planner.

Founded by King Herald III in 1048 as a trading place, the city of Oslo took about 250 more years to become the capital of Norway. However, it had lost its importance during the Danish – Norwegian union from the fourteenth to nineteenth centuries. In 1624, the city was moved a little up west after a fire razed the city to the ground. That was when the city was renamed as Christiana until it was named back as Oslo officially on 1st January 1925.

The city began to focus on tourism during the 1800s itself, when several buildings were constructed, mostly as sightseeing places. In addition to that, the city also takes pride in its medieval churches, cathedrals, historical pastures, farm houses and elegantly-cropped gardens which attracts thousands of tourists.

Today, Oslo is one of the biggest global cities in Europe, with better prospects for tourism as well as living as a citizen in the place. When you plan to visit Oslo, your itinerary planners would be filled with a lot of places to see and activities to do including visits to the museums, trekking, cycling, hiking, skiing and boating.

Further, Oslo is renowned for top class shopping districts, exquisite restaurants, cafés and clubs, and also rich night life varying from indie rock to opera. For a memorable holiday in one of the most expensive cosmopolitans in the world, add Oslo to your trip planners for your next vacation; you won’t be disappointed.

Essential travel information and Oslo tips for your visit