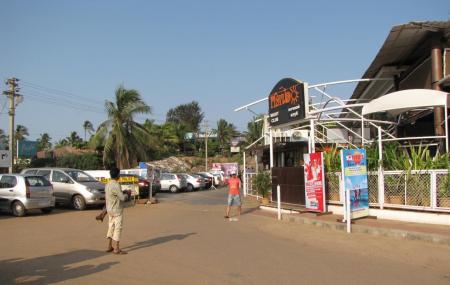 Cafe Mambo has been making the nightlife in Goa even more exciting since 1971. This well-known hang out spot is a very fun place to be. They are known to have entries only in couples but this isn't a strict rule. Often they will let stags in as well.

The cover charges aren't that high so a lot of people prefer this place. Cafe Mambo also has several international DJs playing for them. They often also have themed nights like “Bollywood” Night and the likes. They also have a mechanical rodeo bull so if you dare do try this one out.  The atmosphere is chilled out so pick this one if you are looking for a relaxed night out with friends.

How to Reach Cafe Mambos

Love this? Explore the entire list of places to visit in Panaji before you plan your trip.

Fancy a good night's sleep after a tiring day? Check out where to stay in Panaji and book an accommodation of your choice.

89.47% of people prefer walking in order to reach Cafe Mambos

People normally club together Baga Beach and Vagator Beach while planning their visit to Cafe Mambos.

People also prefer to end their day with Cafe Mambos.