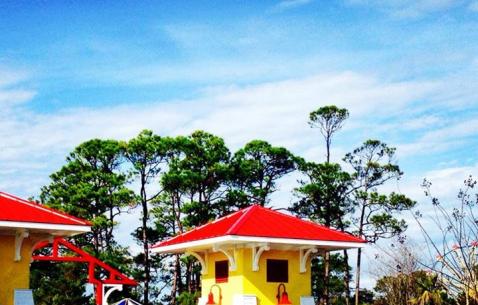 Panama City Beach - beautiful city is a part of the Bay County and lies between the capital cities of Tallahassee and Pensacola. It is often mistaken as The Panama City though both are completely different. This whole stretch is also known as the Emerald Coast, derives its name from the Emerald green waters of the sea. It is also known as the Redneck Riviera because of the large population of local tourists in here. The city is mostly known to be a tourist hub with the beautiful beaches and other amazing attractions such as the Cobra Adventure Park, zoos, adventure charters, etc. Much of the business and commercial activities take place in the twin city of Panama.

According to historical sources, the St. Andrew’s Bay here was the first home to the Native Americans who were mostly explorers. They came and settled down over here even before the place was civilized. The pirates also found the remote pockets of this coastal land good as their hideout where they could wait for merchant ships to come and they could then go to Spain or Proper Mexico. It is also said that even till today there is a lot of pirate treasure buried at points in this city especially in a place called ‘Shanty Point’ that is on the Shell Island.

Panama City Beach has since from the days of its development been a prime tourist attraction. Many university and college students flock this place especially during spring time. This is why the city is also known as the “Spring Break Capital of The World” by many people.

The best tours and activities in the city, guided by experts to give you a local insight to the best of Panama City Beach