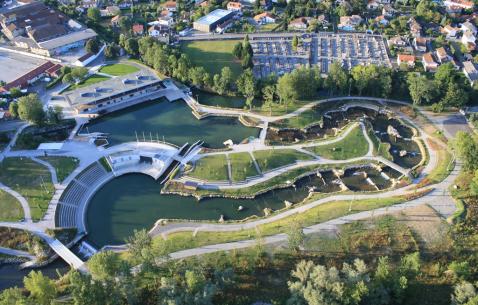 Pau is a fortified town in the southwest of France illustrious for its distinctive beauty and the glorious chateau de Pau. It is the capital city of Pyrenees-Atlantiques and known for its rich culture, castles, manors, vineyards and impressive local gourmet cuisine. With more than 700ha of parks, Pau is titled as the greenest city in the European continent.

Pau served as a capital to Bearn from 1450. It is the native place of King Henri IV of France and King Charles XIV of Sweden. During the beginning of 19th century, Pau was highly influenced by the British and few of their traditions, like the Fox hunting are still observed today. The aspects of tourism in Pau is quite unusual. Even though the city is a little bleak, it makes up for it with absolutely astonishing scenic beauties and the magnificent Pyrenees mountain range.

The city also takes pride in constructing the first golf course in Europe and being the home to the World’s first Flight school, set up by the Wright Brothers. While you plan your trip to Pau, your itineraries would be filled with a number of palatial villas, traditional farms and monuments oozing magnificent architecture.

Once you are done with sightseeing around the city, you can relax in the countryside farms or drive by to the closest sea or villages across the Spanish border which is just 30 minutes away.

Essential travel information and Pau tips for your visit