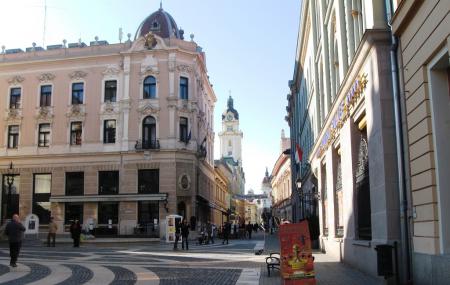 Kiraly Street is rated as the city’s most beautiful pedestrian street. This colorful place is lined with shops and restaurants. The buildings out here are historic and represent the finest examples of Baroque design and architecture in the city. The Pecs National Theatre, The historical Palatinus Hotel, etc are a part of this street.

Love this? Explore the entire list of places to visit in Pecs before you plan your trip.

Fancy a good night's sleep after a tiring day? Check out where to stay in Pecs and book an accommodation of your choice.

74.29% of people prefer walking in order to reach Kiraly Utca

People normally club together Mosque Of Pasha Gazi Kassim and Pecs Cathedral while planning their visit to Kiraly Utca.

People also prefer to end their day with Kiraly Utca.