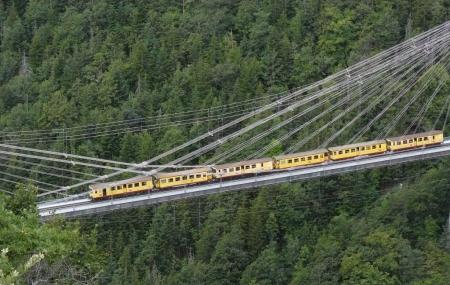 This is one of the greatest railway journeys in the world. Even though Perpignan is 50km away, it’s still the closest city to the starting point - Villefranche de Conflent, in the eastern Pyrenees. This metre gauge electric railway has been running since 1909. It’s route takes it through spectacular sceneries, rising from 427m to 1592m as it goes through mountains, chasms, valleys, forests and streams, villages and fortresses, and two great viaducts. It terminates at Latour de Carol. The most iconic sights on this trip are:

At each of the stations that the train stops at, it’s possible to get off, explore around, and then catch a return train back. Do find out return timings in advance though. The full journey to Latour de Carol is about 3 hours.

Love this? Explore the entire list of places to visit in Perpignan before you plan your trip.

Fancy a good night's sleep after a tiring day? Check out where to stay in Perpignan and book an accommodation of your choice.