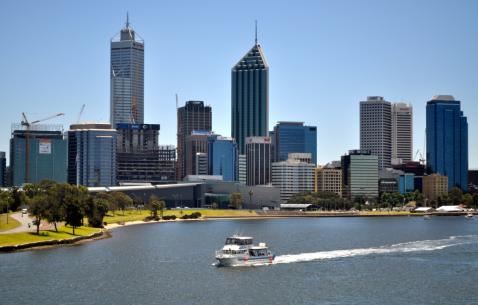 Perth is Australia’s fastest growing city and the capital of the state of Western Australia. It falls between the Swan River and Darling scrap to the east and the Indian Ocean to the west. Although considered one of the most isolated major cities in the world, it is a treasure trove of attractions and activities for all who visit Perth.

Originally a British free settlers colony, Perth was named after the city of “Perth” in Scotland, which was home to Sir George Murray who was the British Colonial Secretary in the 1800s.

The mining of gold and subsequent discovery of other minerals found in the region became a major contributing factor to the economy of the city. This along with the city’s proximity to South East Asia and Africa led to an influx of migrants to the city after the Second World War.

Today, Perth has evolved from a small mining town to a major international city. The infrastructure and economy are booming. The city is experiencing major modernization and the once laid back culture has transformed into an energetic and vibrant one.

Perth tourism is growing in leaps and bounds and it is an ideal tourist destination if one wants a healthy mix of cosmopolitan city life, culture, history and outdoor activities away from the hustle and bustle of the bigger cities in Australia. The Central Business District (CBD) and its surrounding suburbs have much to offer any visitor. From world cuisine and trendy nightclubs, numerous riverside parks and outdoor activities, relaxed beaches and historical museums, a Perth vacation is a varied mix of activities and experiences.

Essential travel information and Perth tips for your visit

Plan Your Trip To Perth

The best tours and activities in the city, guided by experts to give you a local insight to the best of Perth