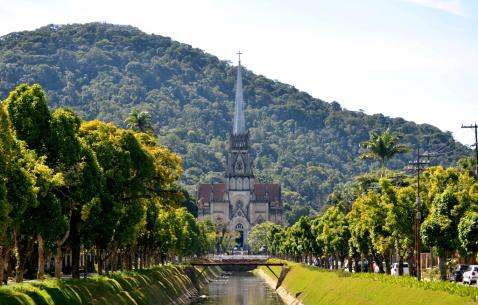 It’s name means ‘City of Peter’, and it was where the rulers of Brazil have always escaped to during the summer, thanks to it’s relatively cooler climate. It was settled in the 16th century, but only properly began to develop once the Emperor Pedro I commissioned his Summer Palace to be built here. An influx of German immigrants helped to form the settlement in 1843.

Touristically, the city’s main treasure is the Summer Palace, now converted into the Imperial Museum, one of the most visited museums in the country. The other attractions around town are similar; and focus on the city’s religious, royal or political heritage. If this all sounds boring from the perspective of sightseeing, rest assured it’s truly not, for the city is very charming. Like the rulers of Brazil before you, think of it as a place to retreat to, not a place to explore. One of the cooler attractions in town is the Bohemian Brewery, which is the largest in the country.

Try and visit the city in July, so that you can catch it at it’s full Germanic charm, what with the festival and then the musical concerts at the end of the month. The nightlife is thin, but you can get some decent shopping done. If you get in touch with local travel guides, they’ll take you around rafting and trekking options through the countryside.

Essential travel information and Petropolis tips for your visit

View all Hotels in Petropolis