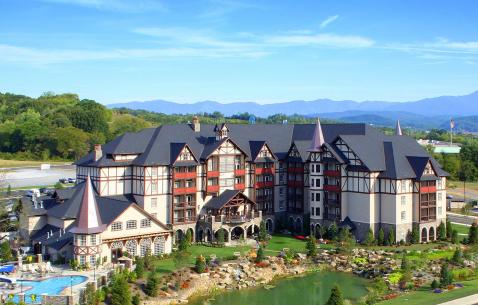 Pigeon Forge is a mountain resort city in Sevier County, Tennessee, located in the south-eastern United States. Situated is situated five miles north of the Great Smoky Mountains National Park. Pigeon Forge tourist information is heavy on The city's attractions include Dollywood, numerous outlet malls, and music theatres. The name "Pigeon Forge" comes from an iron forge built by Isaac Love, sometime around 1820. The name of the river comes from the flocks of passenger pigeons that frequented its banks at the time of the first Euro-American settlers' arrival.

For centuries, the Cherokee used the valley where Pigeon Forge is now located as a hunting ground. Like many Appalachian communities, religion played a major role in the early history of Pigeon Forge. In the early 19th century, circuit riders preached in the valley, creating a large Methodist following. In the 1870s, a health resort was established in Pigeon Forge at Henderson Springs. It was common during this period for the residents of large urban areas to visit mountain spring. The waters of which were thought to have health-restoring qualities.

In the early 20th century, Pigeon Forge was an isolated mountain hamlet with no major roads. The nearest railroad station was in Sevierville. Bridges were also rare, the only major water crossings being a string of fords along the Little Pigeon. When the Great Smoky Mountains National Park was opened in 1934, the Tennessee Valley Authority reported that there were no tourism-oriented businesses in Pigeon Forge.

Then Dolly Parton proposed for a partnership in the promotion and operation of Silver Dollar City. After lengthy negotiations, Parton became a minority partner in the enterprise, and Silver Dollar City was renamed Dollywood to kick off a major marketing campaign. The move proved successful as Dollywood continued expansion into the 21st century.

Essential travel information and Pigeon Forge tips for your visit

Plan Your Trip To Pigeon Forge

The best tours and activities in the city, guided by experts to give you a local insight to the best of Pigeon Forge