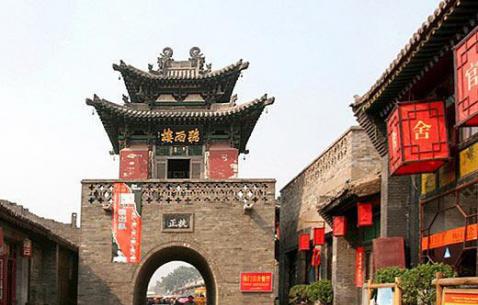 Pingyao is located in the Shanxi province of China around 715 km away from the city of Beijing and 80 km from Taiyuan inhabited by 50,000 people. This ancient city was the financial capital of China during the Quing dynasty. It is a UNESCO World Heritage Site and for good reason: it is well-preserved and absolutely beautiful.

Pingyao was founded in the 14th century and is the perfect example of a traditional Han Chinese city. It was one of the strongholds of imperial China for over five centuries and the city’s architecture has been witness to the different architectural styles that were at their peak during different times in China’s history; a perfect example of the evolution of Chinese architecture from the 14th to the early 20th century. It’s got everything that is a history buffs dream: city walls, temples, ancient lanes and residences, along with some exquisite statues, sculptures and carvings thrown in for good measure. There are a total of 4000 ancient buildings and dwellings that have been perfectly preserved.

It’s got some incredible ancient wonders like its city walls and temples that will delight every traveller. Its many important historical sites have got to be a part of your itinerary planner. It’s a charming and quiet (not during the peak tourism season though, when it’s absolutely bustling with Chinese tourists) city that will be one of the most atypical and awe-inspiring holidays you will take; note this vacation destination down in your trip planner. Whether you’re sauntering down ancient lanes, riding your bike along the city walls, savouring delightful Chinese cuisine, chatting up the locals or visiting magnificent historical temples, we can promise that Ponyao will be one interesting adventure.

Essential travel information and Pingyao tips for your visit

Plan Your Trip To Pingyao

The best tours and activities in the city, guided by experts to give you a local insight to the best of Pingyao