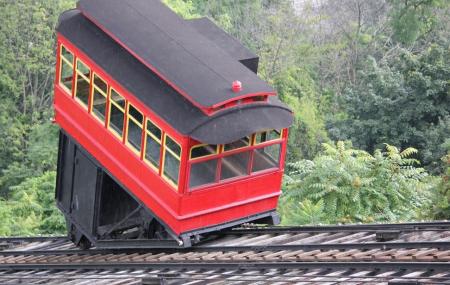 Find hotel near The Duquesne Incline

The Duquesne Incline, which is the most famous of its kind in Pittsburgh, is an inclined plane railroad, also known as a funicular. It is situated near Pittsburgh’s South Side neighbourhood, and scales the length of Mount Washington. It measures 800 feet, and stretches up to a height of 400 feet. It offers visitors an astounding view of Pittsburgh, and has been featured in a number of Hollywood movies apart from being a local favourite.

Originally steam powered, The Duquesne Incline was built to carry cargo up and down Mount Washington, before being opened to passengers. Though it was one of many inclines to be built in its day, it is to date one of only two surviving inclines in Pittsburgh that is still functioning. An observation deck was added at the top, which gives visitors a magnificent view of Pittsburgh's "Golden Triangle". It offers scenic views of the entire city from its cable car, which takes you both ways up and down the hill, and the very track in itself is a heritage monument and a tourist attraction.

There is a lot of history associated with the Duquesne Incline, and that’s only half the reason to pay it a visit. When in Pittsburgh, take one ride on the Incline to see the city like never before.

How to Reach The Duquesne Incline

Love this? Explore the entire list of places to visit in Pittsburgh before you plan your trip.

Fancy a good night's sleep after a tiring day? Check out where to stay in Pittsburgh and book an accommodation of your choice.

People normally club together Monongahela Incline and PNC Park while planning their visit to The Duquesne Incline.

People also prefer to start their day with The Duquesne Incline.