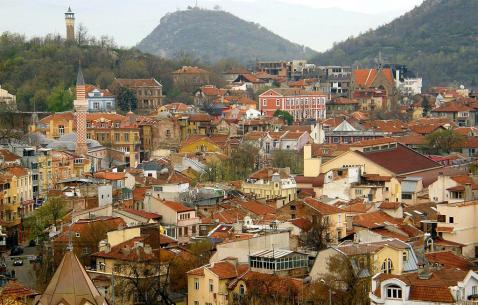 Nestled on the scenic plains of Rhodope mountain range, Plovdiv is the second largest city in Bulgaria. It is a major economic, cultural, industrial and educational hub of the country. A renowned art and historic centre, Plovdiv is often on the trip planners of people visiting Bulgaria from Greece and Turkey.

With more than 6,000 years of history, Plovdiv is said to be the oldest continuously-inhabited city in Europe. It was originally a Thracian city surrounded by seven tall hills. Subsequently, it was controlled by Macedonian Greeks until the Romans annexed the region into their empire in 46AD. During the 14th century, Ottomans took over the city. Like many other Bulgarian cities, Plovdiv was liberated by the Russian armed forces in the late 19th century. It continued to remain in the borders of Bulgaria until 1878, and served as a capital to Eastern Rumelia. Seven years later, both the regions became a part of the country.

Plovdiv is known for its impressive ancient buildings and religious monuments. It is home to several Ottoman style mosques, communist edifices, Byzantine antiquities, a magnificent Roman Amphitheatre and other historical tourist attractions. The cobbled streets, enchanting art galleries and bohemian taverns reminds one of Sofia, but only a peaceful and smaller version of it.

Plovdiv has many educational institutions with courses distributed through various levels, resulting in a large student population. The city also has a number of sports and recreational complexes that cater to both the residents and the visitors.

Essential travel information and Plovdiv tips for your visit

Plan Your Trip To Plovdiv

The best tours and activities in the city, guided by experts to give you a local insight to the best of Plovdiv